At the Summer Tech Session, fellow PCA member George Hansen met a new member with a late model Carrera that had undergone significant refurbishment. Hansen introduced us to James Rossie whose Porsche is an attractive and unique 2001 Carrera Cabriolet in Arctic Silver. We spoke to Rossie about his Carrera and his interest in Porsche cars.

Horizons: When did you join PCA Hill Country Region?
JR: I joined in February, 2017 shortly after I bought my first Porsche.

Horizons: How and when did you acquire your Porsche?
JR: I bought my Porsche In February this year. I had an Audi A6 daily driver coming off lease and was looking for something new, maybe a project. I work from home, so having a daily driver is not a big concern; having just bought my wife a bigger car, I was back in the market for something more fun. I had never driven a Porsche before so I test drove a couple at a used lot and really loved the experience. I started shopping around and found a guy, who happened to also be a licensed dealer, in San Antonio trying to sell his personal 2001 996 at a very, and I mean very, attractive price. The car was rough cosmetically and needed minor mechanical work but the engine and transmission felt great, much better than the ones I drove in Austin. Against all common car buying advice, I dropped the cash and drove home. I had a post purchase inspection done later and it was about what I thought when I bought it, call me lucky.

Horizons: What is your favorite thing about this car?
JR: I love how she drives. It’s so much fun to run up through the gears then double clutch down into a corner and hear the engine at 6,000 RPM. She may be a stock Carrera convertible but I don’t care… she’s an absolute blast to drive. I’m also fond of her name. We have a tradition of naming cars in our family and my Porsche’s name is Mieke (pronounced MEE-kə).
It’s the Dutch/German equivalent of Maria and its selection was inspired by a stupid movie named Road Trip, made in 2000 around the same time as Mieke was. My wife considers Mieke the ‘other women’ and has a certain amount of animosity toward her and my time spent in the garage.

Horizons: Tell us about a notable drive or road trip?
JR: The most notable, perhaps emotional, trip so far has been my post purchase drive home. My dad was a Los Angeles City fireman and loved Porsches. He owned two, a 914 that he raced in the 1970’s, and a 924 he purchased in 1985 after the 914 was destroyed in a fire. He passed away in 2013, never really having the money for a 911 and letting the 924 waste away. Driving home that night from San Antonio, just occasionally going a bit over the speed limit, I had a feeling that he would be really happy that I owned a Porsche.

Horizons: What makes your car unique?
JR: The interior is completely custom and, overall the car has an updated look. I pulled everything out of the interior and had it redone in black leather with red stitching. I had the plastic pieces hydro-dipped with a crosshatch pattern and specific pieces accented in red. I didn’t do the upholstery or dipping myself, but the design was mine and I did all the disassembly/reassembly. It’s a different look than any other 996 that I’ve seen. I complimented the interior by powder coating the calipers red and changing out the stock 18” turbo twists with black 19” AG ruger mesh wheels that have a red pinstripe. Finally, I replaced the original worn out convertible top with a black GAHH glass back replacement top.

Horizons: What drew you to this car?
JR: I wanted to do a project, knowing I was going to spend money on cosmetics anyway, I was looking for a mechanically sound 911 at a very low price point. As I’m sure all PCA members know, the 1999-2001 Carreras are at the bottom of the barrel price wise mostly due to the IMS bearing issue. Coming to the IMS party so late, with the benefit of so much already being said and written about it, I wasn’t afraid of the IMS bearing. My risk assessment was that it impacted about 5% of cars, often at lower mileage, and this car was a daily driver with about 130K miles, not a garage queen. And regardless, just to eliminate the risk, it’s relatively easy to install one of the great IMS aftermarket solutions available these days.

Horizons: Has your car had any restoration?
JR: What I have done is more refresh, repair and modification rather than restoration. I didn’t want a perfect stock 996 cabriolet with the silver paint and a grey interior. I wanted something reliable and fun to drive, that looked a bit different but still classy. In addition to the interior work, calipers and wheels, I had some minor body work done and repainted the car it’s original Arctic Silver. When I first purchased her, the car needed a new steering rack (rebuilt), oil pressure sending unit and convertible hydraulic cylinders (rebuilt) plus a lot of basic maintenance (oil change, fuel filter, brake fluid flush, battery, air filters, wiper blades, accessory belt etc). That was all work I was able to complete myself.

I recently replaced the front control arms and tie rods to get rid of some loud and very annoying creaking noises. I plan to replace the clutch, slave, IMS bearing and RMS (all preventative) this winter. I just started to experience some second gear pop out, so I’m installing a GBOX detent as soon as it arrives this week. On the electronics front, I plan to install a keyless ignition system and a Qi charger for my yet to be purchased iPhone X.

Horizons: Have you done any modifications?
JR: Other than the cosmetics, it’s a stock C2 3.4 L Cabriolet. Oh, and when I recently replaced the front control arms, I used upgraded/aftermarket European Parts Solutions diagonal control arms. The stereo was upgraded from stock long ago, maybe 2006, and I upgraded it again to an Alpine iLx-107 that has wireless Apple CarPlay.

Horizons: What drew you to Porsche?
JR: I just loved driving it. That combined with the family history was the reason I decided to go Porsche.

Horizons: Have you owned other Porsches?
JR: No, this Carrera is my first.

Horizons: What is your dream Porsche to own?
JR: Not sure yet, I’m still too entwined with this one. Maybe a GT3 that I drive exclusively on track. I’m all about cars that are driven. I don’t want a 918, not that I wouldn’t take a gift or a test drive, but for me the act of driving a car is more important than collecting it.

Horizons: What is your favorite Porsche or PCA related memory?
JR: One of my earliest memories was driving with my dad in his 914, watching him go through the gears and hearing the engine right behind us. The smell of the seats and the carpet, the shine of the black dash all come back to me vividly.

Horizons: Do you participate in autocross, DE events, club racing or track days?
JR: Not yet. I thought I would with this car, but now that I have the refurbishment mostly complete I’ve realized it’s not the right car for a track. I will do some drives in this car though. I just participated in BOAR XXXIII, that was a real blast, a fun and safe group of people that enjoy spirited driving. I plan to do a driving experience at the Porsche Experience Center in Los Angeles this fall or winter. In the future, I will be on the lookout for a GT3 that I can strip down and race. A chronicle of Rossie’s repair and refurbishment work can be found at: porsche.rossie.net 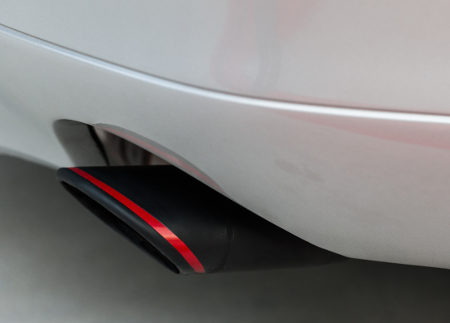 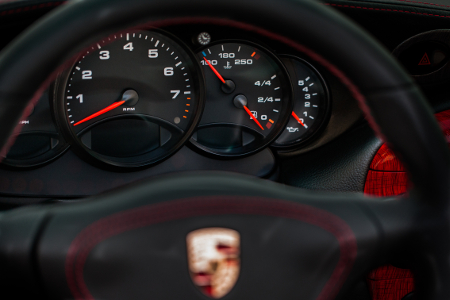 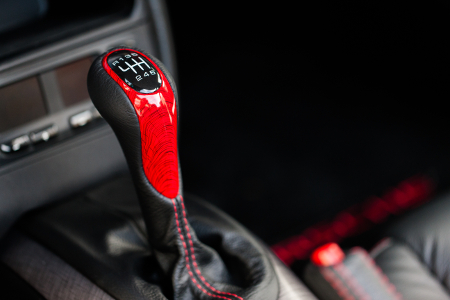 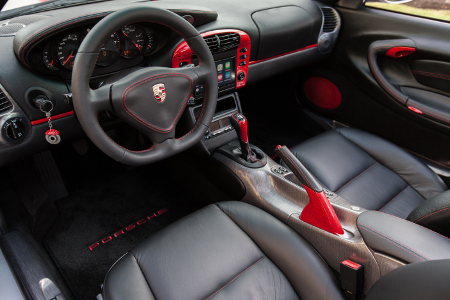 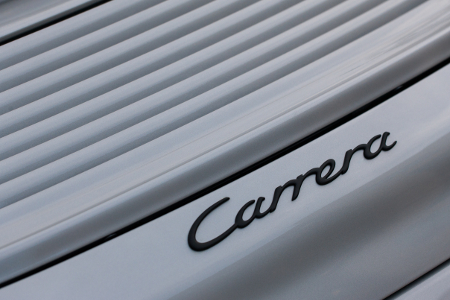 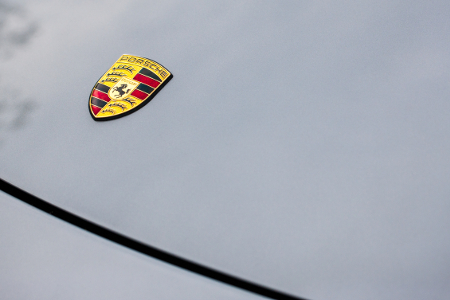