John Brindley entered his vintage Polo Red ’66 911 in the concours event at last year’s New Member Picnic and drove away with People’s Choice honors. Brindley was kind enough to give us a closer look at his beautiful classic.

Horizons: When did you join PCA Hill Country Region?
JB: I joined in January 1999. I had bought my first Porsche, a Blue Boxster, from Beasley Porsche in September 1998, they signed me up thankfully.

Horizons: How and when did you acquire your 911?
JB: I always loved early 911s and I saw this car at a Porsche concours sponsored by HCR in the fall of 2003. I told the owner that I really liked his car and if he ever where to sell it, I hoped he’d give me a call. We talked several times as he was deciding who might be worthy to be its next owner. I guess he was impressed with my knowledge of early 911s and the fact that I owned another vintage car, a 1960 Corvette. He told me that he purchased this car in 1967 from a Physician that was acquiring a new 1967 S model. He was an engineer that kept incredibly detailed records on the car, noting every repair, oil change and even how often he waxed it! He sold it to me in December 2003 with the promise that I wouldn’t attempt to flip it on Barrett Jackson or some other auction site.

Horizons: What is your favorite thing about this car?
JB: I love the originality of the car, it hasn’t been restored, only repainted in the original color in 2000. I have every single document, including the original purchase contract, owner’s manual and detailed service record from new along with an original set of factory service manuals. I had the engine rebuilt by David Moore at Moorespeed, keeping it original using NOS parts from the factory. David strongly encouraged me to keep it bone stock, however I added the Fuchs wheels because like the look better than the stock chrome wheels. I drive this car regularly, better to keep the Webers in tune. Each year in the spring I participate in the Texas Hill Country Rallye putting nearly 800 miles on it over the three day weekend. We have some of the best roads in the country in our backyard – nothing beats driving with other early Porsches on the twisties.

Horizons: Tell us about a notable drive or road trip?
JB: My favorite US road trip in a Porsche wasn’t in this car, rather my 2009 Carrera S cross country to Laguna Seca to attend Rennsport IV. I joined several other friends as we mostly drove the backroads over 4 days to California, driving the Extraterrestrial Highway across Nevada at a very high rate of speed – an incredible experience.

Horizons: How did you become interested in Porsche?
JB: I always loved cars, as a kid I couldn’t wait until the new models came out in September each year, I could quickly
pick out all the body style changes and features of each make and model. A friend’s older brother was into sports cars. From him I learned all about MGs, Triumphs, Austin Healeys and of course Porsches. I started going to club races and attended my first Formula One race at Watkins Glen in the late 60s….I was hooked. I vividly remember the first time I saw and HEARD a 911, it was the summer of 1967 when one drove past our house. The sound of that engine at over 5000 RPM seared into my brain and I knew instantly that some day I had to drive a car like that.

Horizons: What do you love most about Porsche cars?
JB: I like the design and engineering – these were never the cars with the biggest engine or horsepower, but due to their light weight and exceptional handling they won races! My ’66 is 52 years old, I never think twice about going on a 100 mile back road drive and worry about it breaking down, something I would never do in my ’64 Corvette.

Horizons: Was there a Porsche that got away?
JB: In 1978, a college friend’s father was selling his 1967 S Targa soft window that he had owned since new. It was perfect, low miles and no rust. It was offered to me for $2000, but I was in graduate school and didn’t have the space or extra cash. That car today would be worth over $225,000. Oh well.

Horizons: What is your favorite Porsche or PCA related memory?
JB: As a college graduation present for my son, we went to Germany and rented a 911 S from Fast Lane Travel. We toured every significant factory and museum of Porsche, Mercedes, Audi and BMW and drove the Autobahn for a week – we joined the 150 mph club (240 kph)! 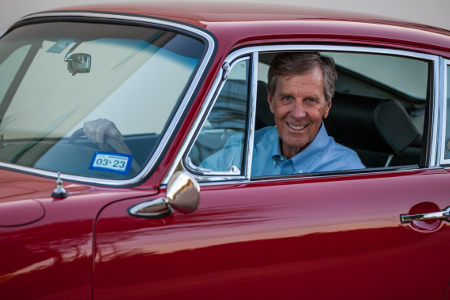 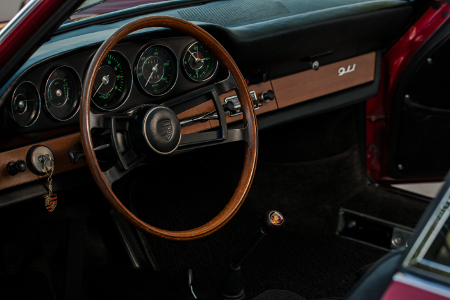 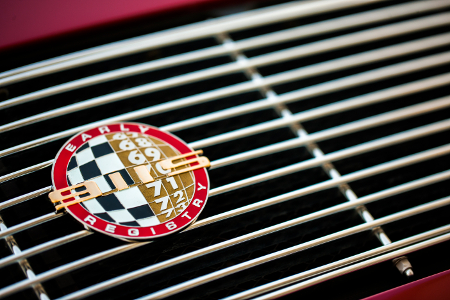 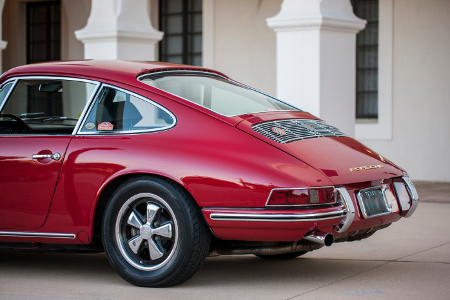 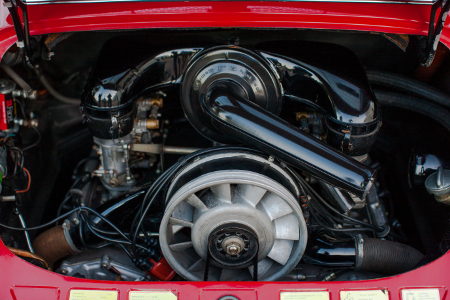