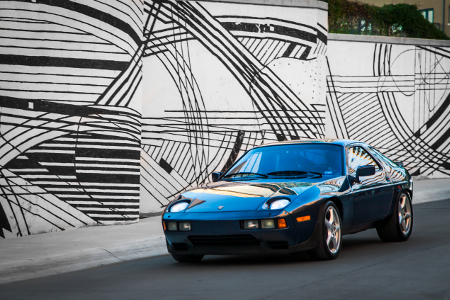 We came across David Wilson and his 928S at two tech sessions earlier this year.  Wilson was kind enough to share his car and Porsche experience with us.

Horizons: When did you join PCA Hill Country Region?
DW: I joined Rocky Mountain region PCA in 1997, then moved to Austin and joined HCRPCA in 1999.

Horizons: How and when did you acquire this Porsche?
DW: Bought her on Bring a Trailer in July of 2017

Horizons: What is your favorite thing about your car?
DW: The shape, the sound, the drive and smell of the leather.  The car dives much better than I had ever anticipated.  The stereotypical notion I had about how 928’s drove was way off the mark.  This car turns in well, has confidence-inspiring brakes and is very well-balanced.  I was blown away. 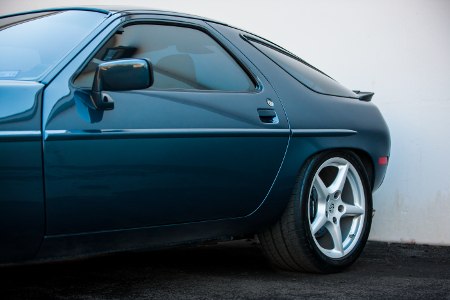 Horizons: Tell us about a notable drive or road trip?
DW: I drove to the 12 hours of Sebring in March, 1,200 miles each way, and tent camped behind her the entire weekend.  She got a lot of compliments like, “what a cool car”, “you drive a 928 and sleep in a tent?”, and “you fit all that into your 928?”  The drive to and from, along with the infield parties all weekend, was a great experience.  I wish I had driven to Rennsport this year.

Horizons: What makes your car unique and what drew you to it?
DW: Well it’s the 86.5 model, which has the old style bumpers with the new (for 1987) S4 brakes and suspension.   It’s a 5-speed in Prussian Blue with tan leather interior – a unique combo.  In addition I’m working on upgrades to suit my passion of track time, i.e., suspension, brakes and power.

It’s my dream 928 starting point.  Blue is an important factor.  I had a 1973 911T that was Sea Blue.  Most of the old school members remember that car.  It didn’t run when I bought it and before long I upgraded it with a 3.0L with webers, then with a 3.6L along with an early magnesium case 915. 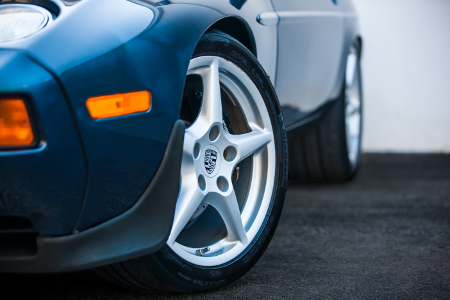 Horizons: What makes this car special to you?
DW: I’ve more or less rebuilt the car mechanically, which makes it special to me because I can drive it with confidence.  11,000 miles in the first year, not including the first 3 months it sat on jack stands.

Horizons: Has your car had any restoration?
DW: Other than a mediocre paint job by the previous owner and the mechanical I work mentioned, no.  The car is in great shape with the typical list of targeted repairs and upgrades.

Horizons: Have you done any modifications?
DW: The brakes are awesome in stock form so I’m simply using good fluid and moving to street/track pads.  The suspension rides wonderfully so I’m going to limit mods to lowering and installing adjustable drop links for now.  I may go with stiffer springs soon though.  The engine is being left mostly stock except for some racing injectors, an upgraded timing belt tensioner and a chip set that’s claimed to produce 330 hp.  A dyno run is in my near future.  I installed an “X” pipe, which eliminates the cats and the rear muffler has been removed.  All that remains is a pair of resonators.  Holy cow this car sounds good!  Although I love the flat dish wheels that came on the car, I’ve upgraded to 8×18 and 10×18 inch wheels from a 2008 Carrera C4S.  This gives me 295s in the rear which look yummy!

Horizons: How did you become interested in Porsche?
DW: Since grade school I’ve just been drawn to Porsches, along with Ferrari’s and the Countach of course.   But the Porsche was less of a fantasy and more of a goal.  I used to stalk the local Porsche dealership while I was in college back in Charlotte.  I loved the 964 Carrera and 928.  And in 1992 I bought my first Porsche, a 1987 944 Turbo, metallic black with black full leather.  What an amazing, quick, nimble little car – and with that hatchback, she was versatile for a young guy a couple years out of college.  God I loved that car! 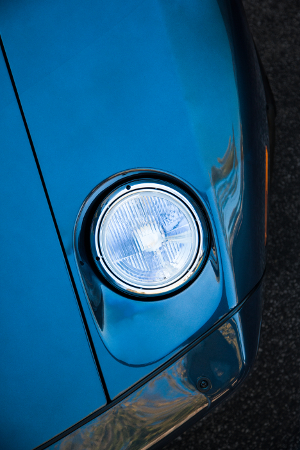 Horizons: What do you love most about Porsche cars?
DW: They are simply solid cars that are a blast to drive.  Walking around Rennsport Reunion reminded me how many familiar parts are on 908s, 910s, 917s and so on – and how the 904 has  the same engine note as a 964 or 993.  The 964 turbo that Hurley Haywood raced in the 90s has a stock dash, center console and shifter, along with stock gauges and many familiar parts in the engine bay.  We don’t see that with other manufacturers.  Since I spent a number of years working on Porsches at a local shop, I’ve driven a lot of different models – and it’s great that the doors shut with the same satisfying sound – the interiors have that familiar smell and they handle like fiends.

Horizons: Do you own other Porsches?
DW: Not now, although I’m interested in the Macan to replace my Outback XT and another 928 or 911 for the track.

Horizons: Which is your favorite Porsche that you’ve owned?
DW: I’ve loved them all, except for my 1979 911 SC.  I had a love-not love relationship with her.  She was a solid track car – I started my very short Club racing career in her – but not a pretty car.  Not a car that I often turned around to look at when walking away.

Horizons: Do you regret ever having sold a Porsche?
DW: All of them.  A couple months after selling my 944 Turbo, I ended up beside the guy who bought her at a stop light.  I expected him to take off when the light turned green, but he didn’t – he pulled away slowly.  I felt like I had sold her to someone who was going to let her wither away with marshmallow Sunday drives.

Horizons: Was there ever a Porsche you missed out on?
DW: Before I bought the 944 Turbo in 1992, I had made a deal on a 1985 928S – brown with brown full leather.  I had driven 280 and 300ZX’s till then and I was infatuated with that car!  It felt so solid and confidence inspiring.  After a week or so of negotiating, the seller called just as I was going to the bank to get the money and said he had been offered $500 more than the deal we struck the day before. 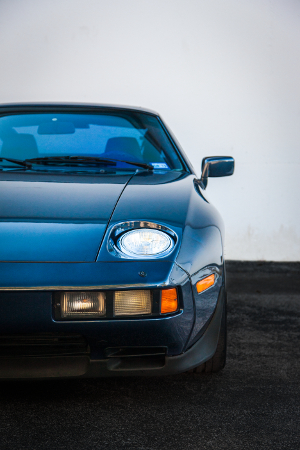 Horizons: What is your favorite Porsche or PCA related memory?
DW: My first club race weekend in 1998.  I was walking on air the entire weekend.  It was such a thrill.  I was so bound up about passing and being passed.  Then on the first lap of the first practice session I passed Vicki Earnshaw in her 914.  I was worried I’d get in trouble for being aggressive out of the box.  But she was great and every volunteer at the race was awesome.  I earned Rookie of the Weekend to boot.

Horizons: Do you participate in autocross, DE events, club racing or track days?
DW: Back in Colorado we had DE’s every month and I attended every one of them.  Everyone who drove in the DE’s worked corners – that way, along with low track rental fee’s, we were able to keep all DE’s under $100.  Speaking to David Gross at our June DE, I said it had been about 6 years since my last DE.  However, once I got to thinking, it had been about 12 years.  I’d like to change that.

In Texas, I’ve driven at Texas World and MSR Cresson many times.  If anyone ever has the opportunity to work corners, it’s a blast and you get to see all the different lines people are taking – very educational.  For a while I was going to 2-3 autocrosses a year but that too dwindled since moving to Texas.

Interview and Photographs by Jonathan Haggar 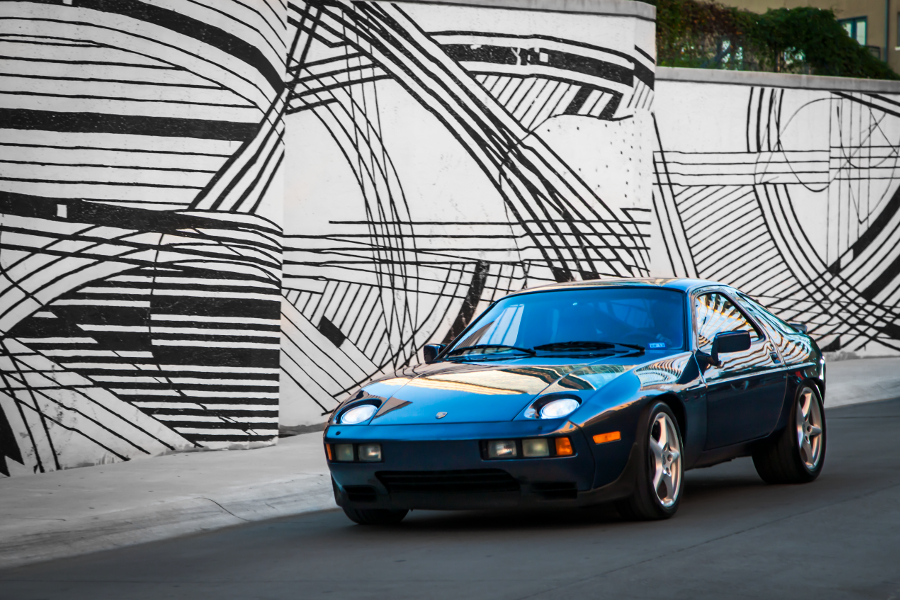 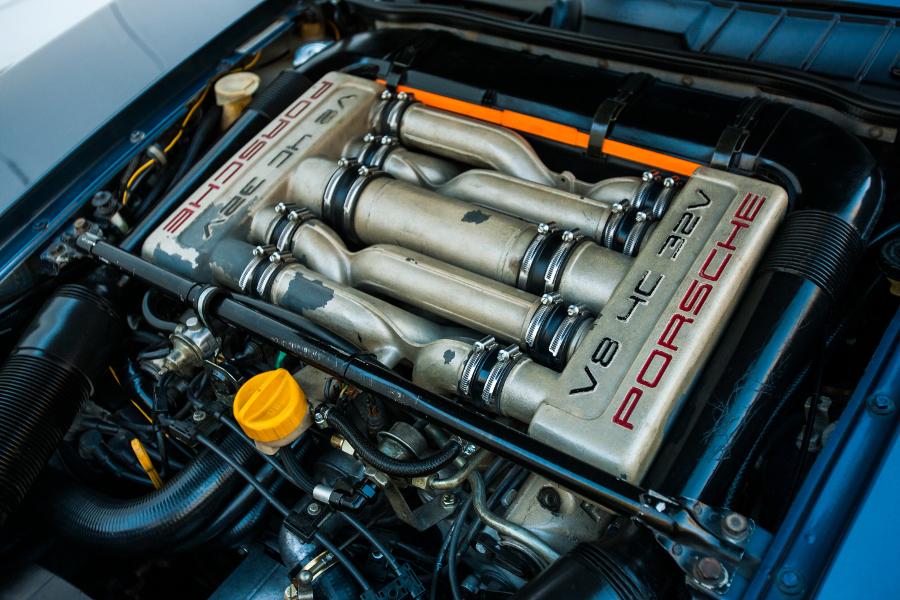 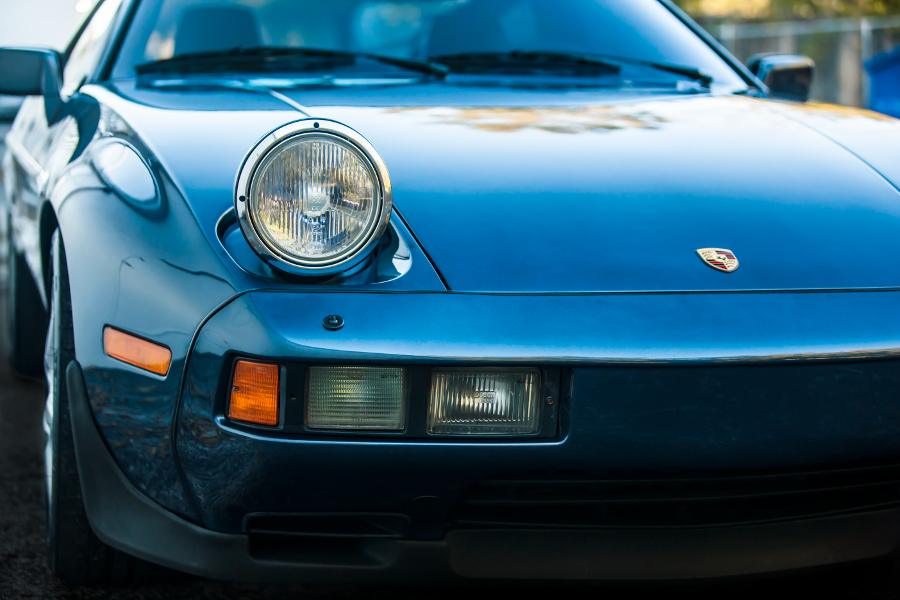 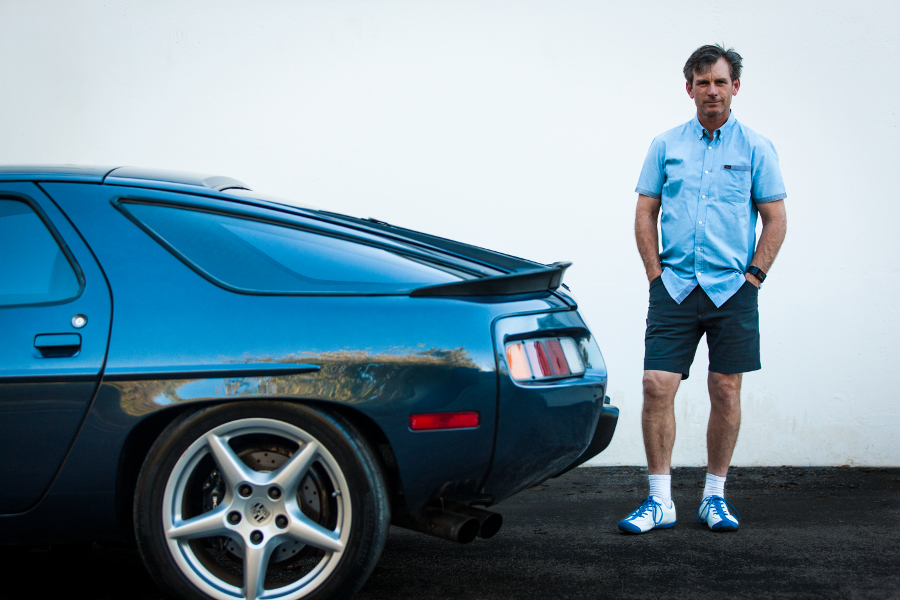 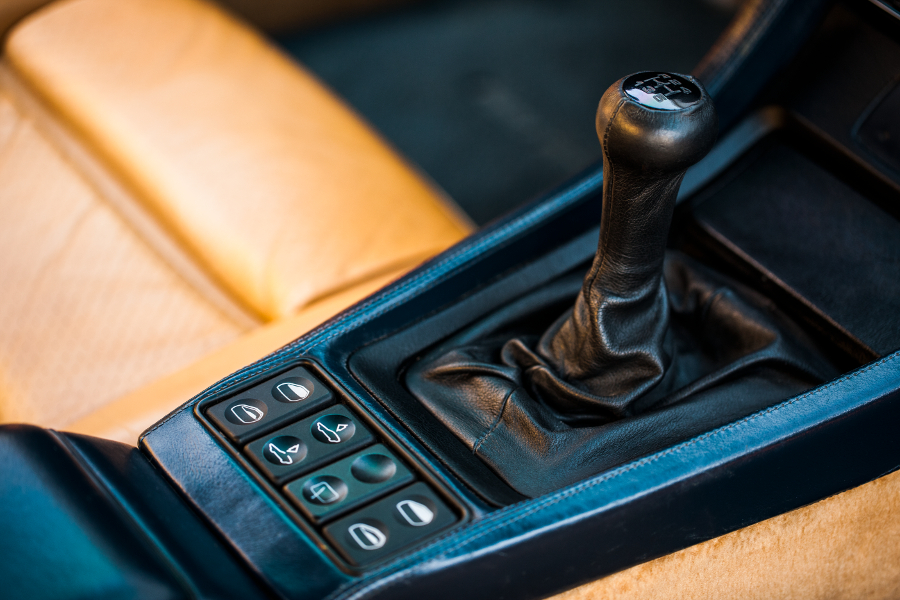 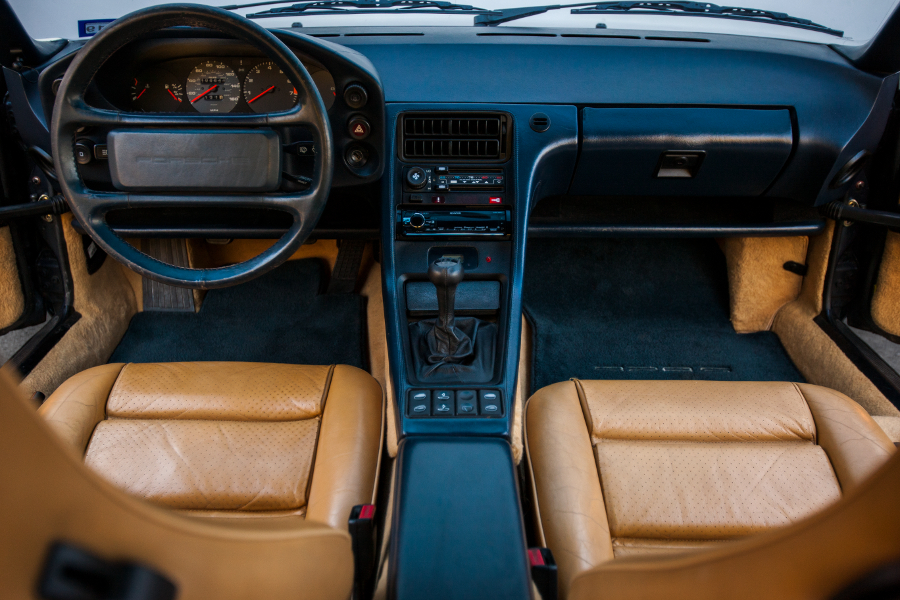 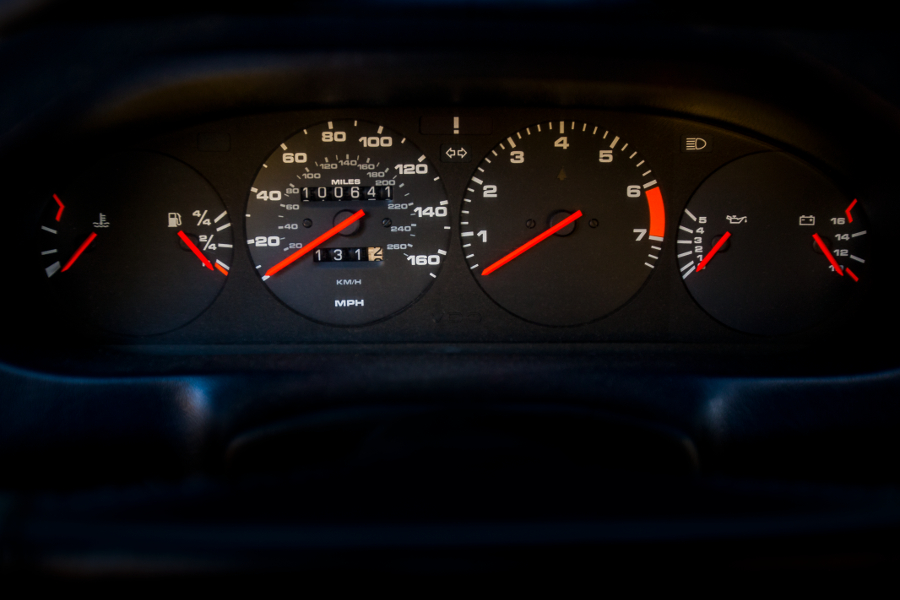 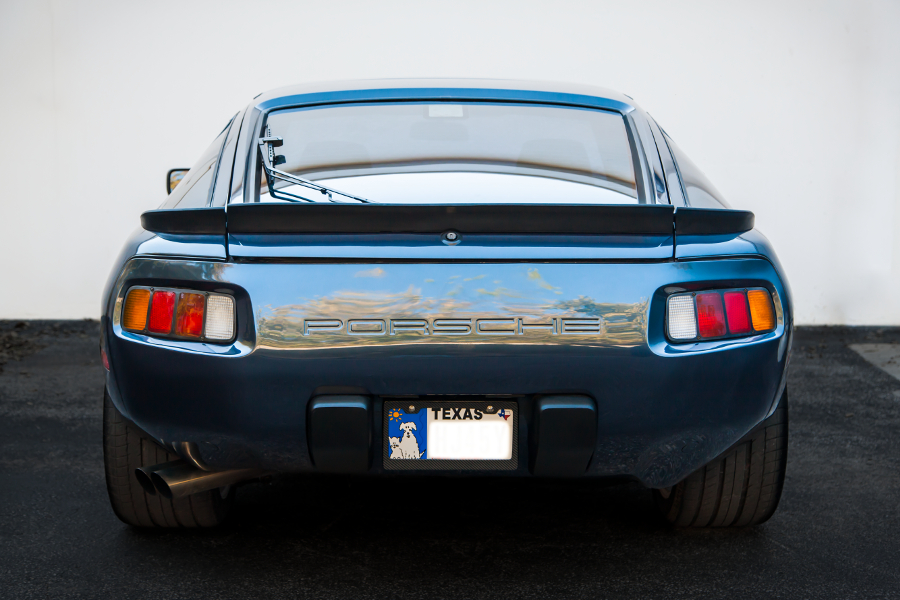 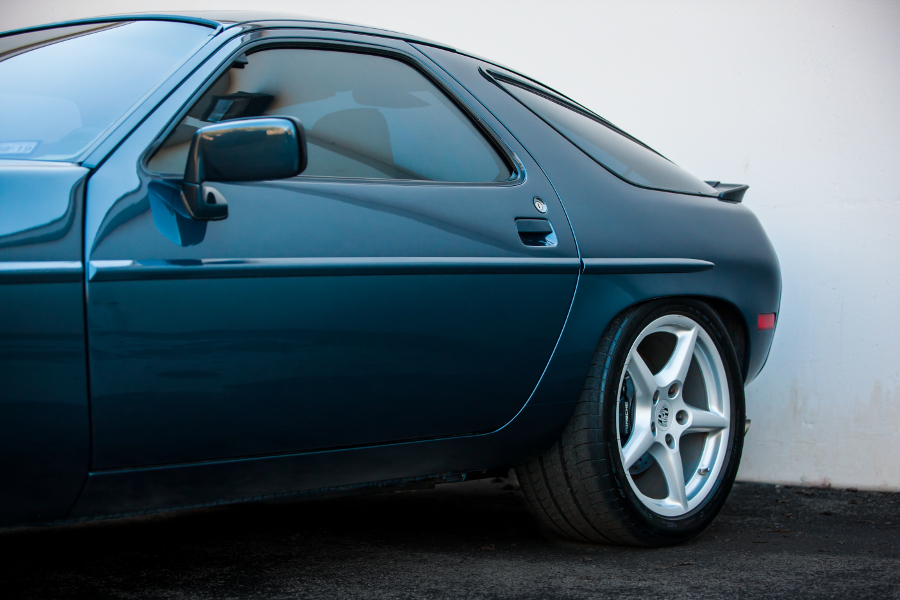 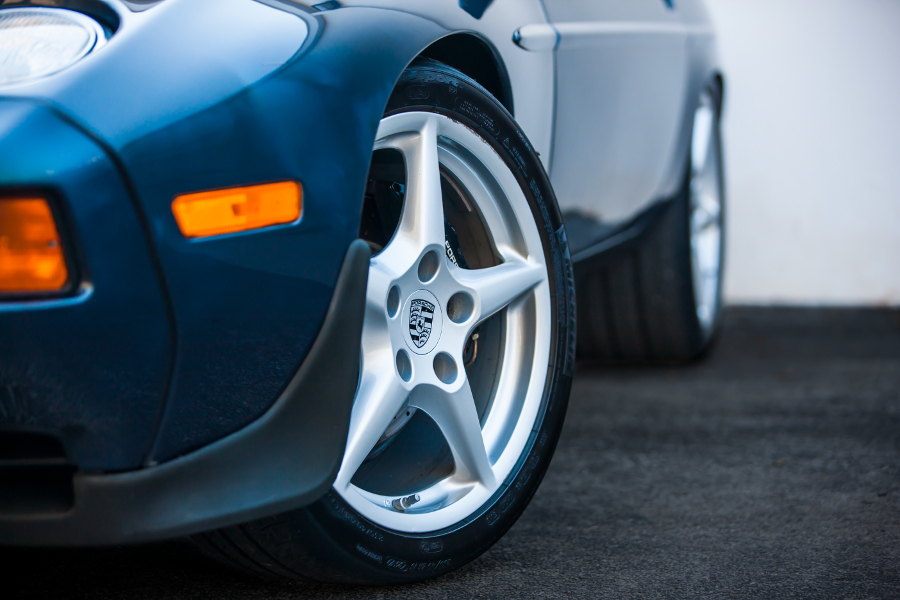 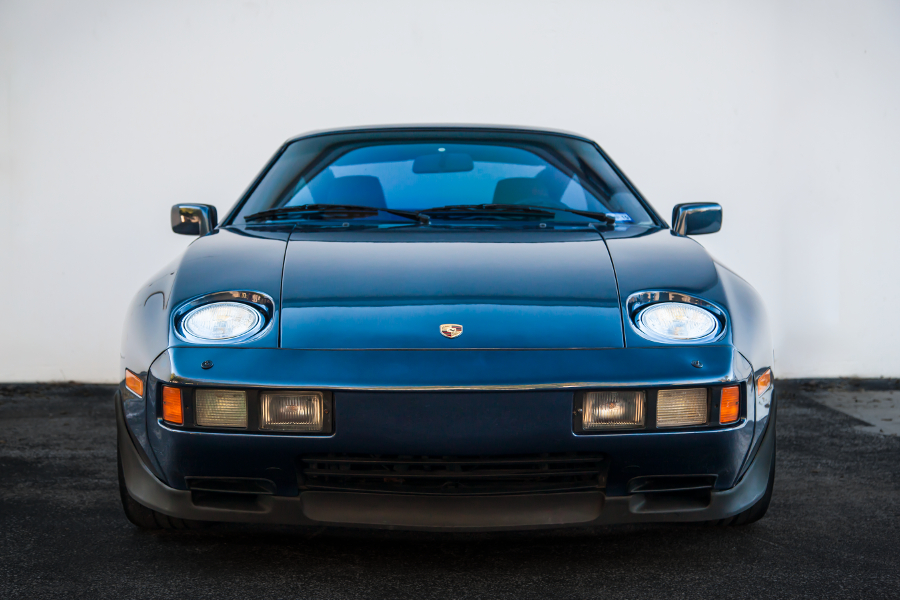 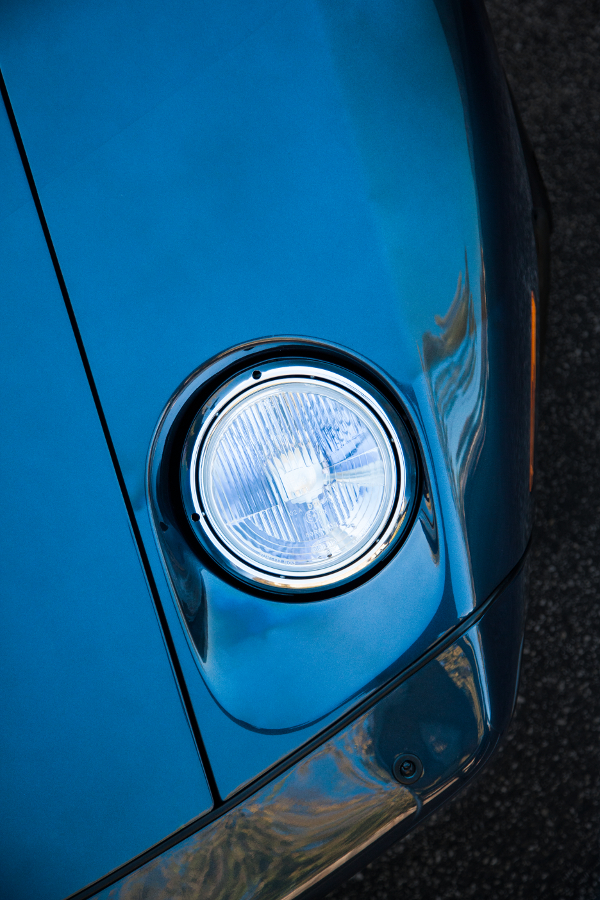 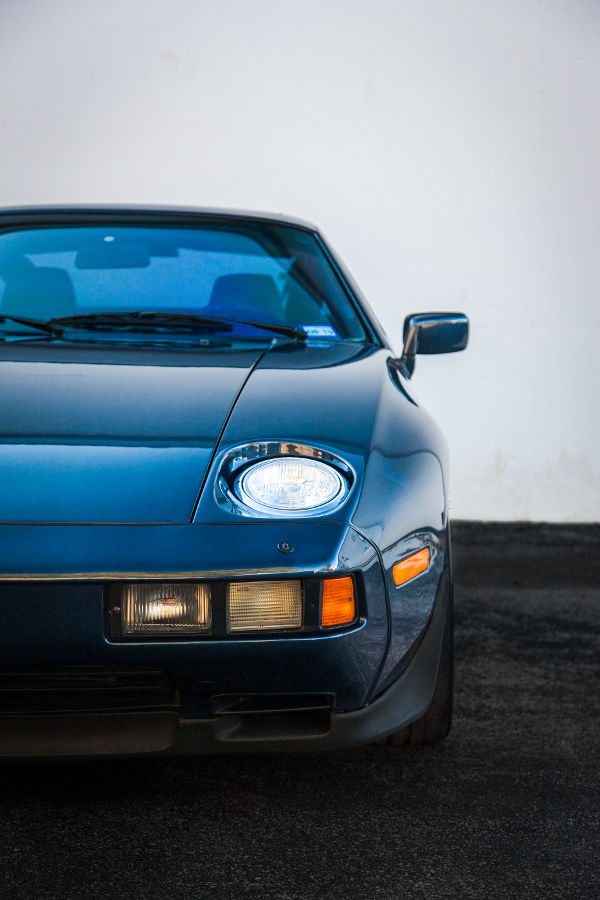 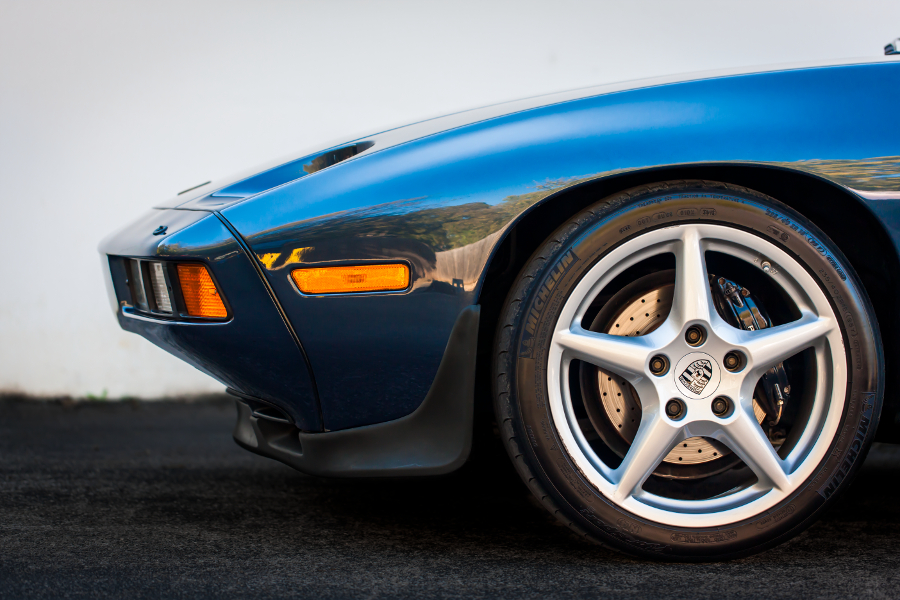 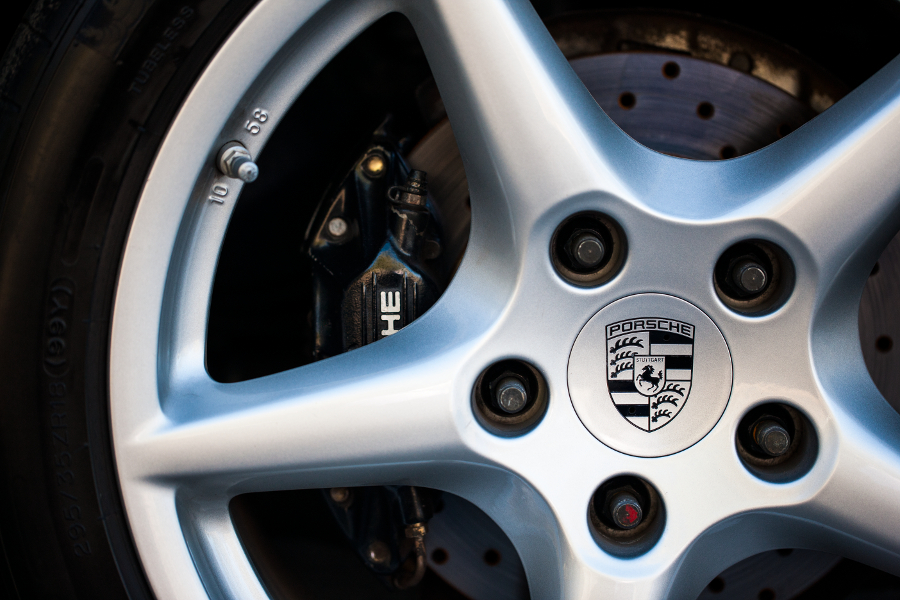