Gregory Lee frequently attends club events with his Rhodium Silver 2016 911 Carrera GTS. When we met to photograph his car, Lee shared the Quick Reference Guide that came with his car at delivery. It’s been personally signed by legendary Porsche drivers including Derek Bell, Jacky Ickx and Hurley Haywood. 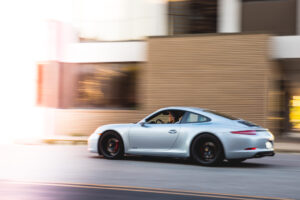 How long have you lived in the Austin area? What brought you here?
GL: I joined PCA/HCR shortly after my spouse and I moved to Georgetown, Texas in May 2018 to retire. We ended up here for several reasons. My spouse was born and grew up in San Antonio, Texas – so being close to her family and roots was important. As for me, I took many trips to Austin and COTA for F1 races since 2012 and the WEC races in 2015 and 2016. As a frequent tourist, I was able to explore the area and really enjoyed Austin’s vibe, the people, the food culture, and Texas hospitality. All of these things contributed to making the Austin area our new home.

How and when did you acquire this Porsche?
GL: I ordered my car in August 2015 from the Porsche of Tysons Corner in Virginia. It was manufactured in October 2015 and was delivered to me in November 2015. My car represents the fulfillment of a lifelong dream since my teenage years: to own a Porsche sports car.

Tell us about the color. 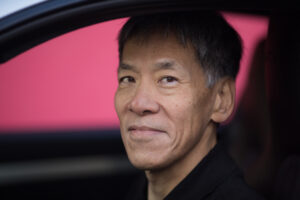 What drew you to this car?
GL: Originally, I planned to buy and actually placed a deposit with the dealership to order a Cayman GT4. Initially, the GT4 represented the perfect compromise in performance, budget and versatility. A product of Porsche’s GT division, I knew it would be special. When the time came to order the car, my spouse – to my surprise – strongly encouraged me to buy a 911 instead. Although she isn’t an avid Porsche enthusiast, she strongly advocated for getting the “classic” version of Porsche’s sports cars. It struck a chord with me – especially since the timing of my planned purchase was at the end of 2015, which was the last year Porsche would make naturally aspirated production 911s.

Beginning in 2016, all 911s would be turbocharged except for those produced by Porsche’s GT division. In the end, I decided to buy a 991.1 because it would be one of the last naturally aspirated production 911’s to be produced by Porsche. To me, this makes it special. It was also a “GTS” version of the 991, which makes it an even greater draw and a little more unique. As Porsche enthusiasts know, the “GTS” package and moniker typically includes performance and luxury additions that would cost more if purchased separately as individual options. It’s one of the few times Porsche offers its customers a “deal.” 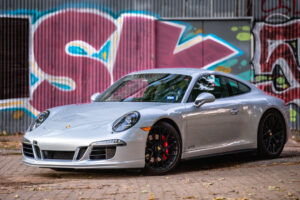 What is your favorite thing about your car?
GL: It’s a truly reliable, comfortable, and very capable sports car that can serve equally well as a daily driver. I have no regrets about choosing it. The extra room afforded by the 2+2 seating has proven its utility – and of course, the sound and speed of any serious run through the gears is both exhilarating and satisfying.

What makes this car special to you?
GL: It is the fulfillment of a lifelong aspiration and dream since my teenage years!

What makes your car unique? Does it have any special features?
GL: One of the GTS package items that I think makes the car a little unique is the inclusion of the Carrera S Powerkit that features a “6+1” intake plenum which results in a 30 hp and 30 lb-ft increase in power over a standard Carrera S. The S Powerkit option, if purchased separately, listed at $18,000. My guess is that aside from GTS cars, few others possess this option. Another GTS item that makes it stand out is that it shares the wide body of the Carrera 4. These and other additions underscore my earlier point that the GTS package includes special options that when considered in totality, make it worthwhile to consider the package. 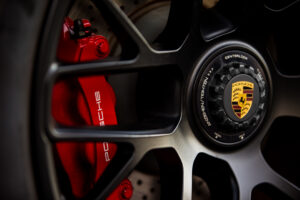 GL: Influenced by my older brother, I became interested in cars at an early age and quickly gravitated to Porsche. Unable to afford one, I owned and modified several Datsun 510s instead. Later, after compromising for many years to the needs and practicality of everyday family life, I rekindled my interest in cars and embraced a “support America” theme at the time and bought a Cadillac CTS-V. Nevertheless, I remained a diehard Porsche enthusiast based upon my avid interest in sports car racing, F1 and specialty series like the German Touring Car Championship (DTM). It also helped that Porsche continued to win and even dominate the sports car and endurance racing scene during much of my life. The pinnacle was the chance to finally own one.

What do you love most about Porsche cars?
GL: The fact that they are wonderful cars to drive and that all of their cars are built by people in a company where everyone – from the assemblers on the production line to the engineers who designed and built the 919 – are all dedicated to making the best cars they can. This pursuit of perfection has unequivocally contributed to Porsche’s long and successful racing heritage – and serves as the reason why so many auto enthusiasts, journalists and manufacturers use Porsche as a measure to assess and compare their own cars and success in both racing and automobile production. I respect this ideal and feel privileged to own, drive and be part of such a company by owning one of their hallmark products.

Have you owned other Porsche cars?
GL: Unfortunately, I have not. I couldn’t afford one, although when I was in my mid-20’s, I searched for and almost purchased a 914.6.. 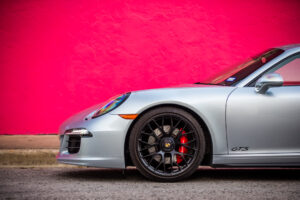 What is your dream Porsche to own?
GL: You said dream, so I’m going to dream big! A Porsche GT1, because it was created to compete in a class where top-end racing cars were homologated on production cars – in this case, a 911. Although it wasn’t a natural winner, it eventually won at Le Mans in 1998. I just loved the idea behind the series and what the manufacturers came up with.

Tell us about a notable drive or road trip?
GL: Although nothing really special, I drove my car from Virginia to Texas in spring 2018 when my spouse and I moved to Georgetown. We drove in a caravan: she in her car (an Audi Q5) and I in mine. It was a very pleasant trip and one that reinforced the comfort, versatility and cruising ability of the 911 as we snaked through Virginia, the mountains in Tennessee, down through Arkansas, and eventually into Texas. During the trip, I was able to stretch the legs in my car more than a couple times which was always fun.

What is your favorite Porsche or PCA related memory?
GL: Attending Porsche’s Rennsport VI at Laguna Seca, California in October 2018. It was the first time I had ever attended a Rennsport reunion, but it won’t be my last! It’s a truly unique and unforgettable experience to be part of a gathering of enthusiasts, racers, owners, broadcasters, celebrities and everyday people (like me!) who share a common interest and enthusiasm in Porsche and Porsche cars. If you’re a fan of Porsche’s long and rich racing heritage, and have never been to a Rennsport Reunion, you must go. You won’t be disappointed.

Do you participate in driving events (i.e. tours, rallyes, autocross, HPDE track days, club racing)
GL: I have not yet, but I hope to in the coming year!

What other PCA events do you enjoy?
GL: I have enjoyed all the HCR events I have attended so far and meeting other members in our region. I especially enjoyed the technical events organized by Charlie and hope to increase my participation in other events over the next year. 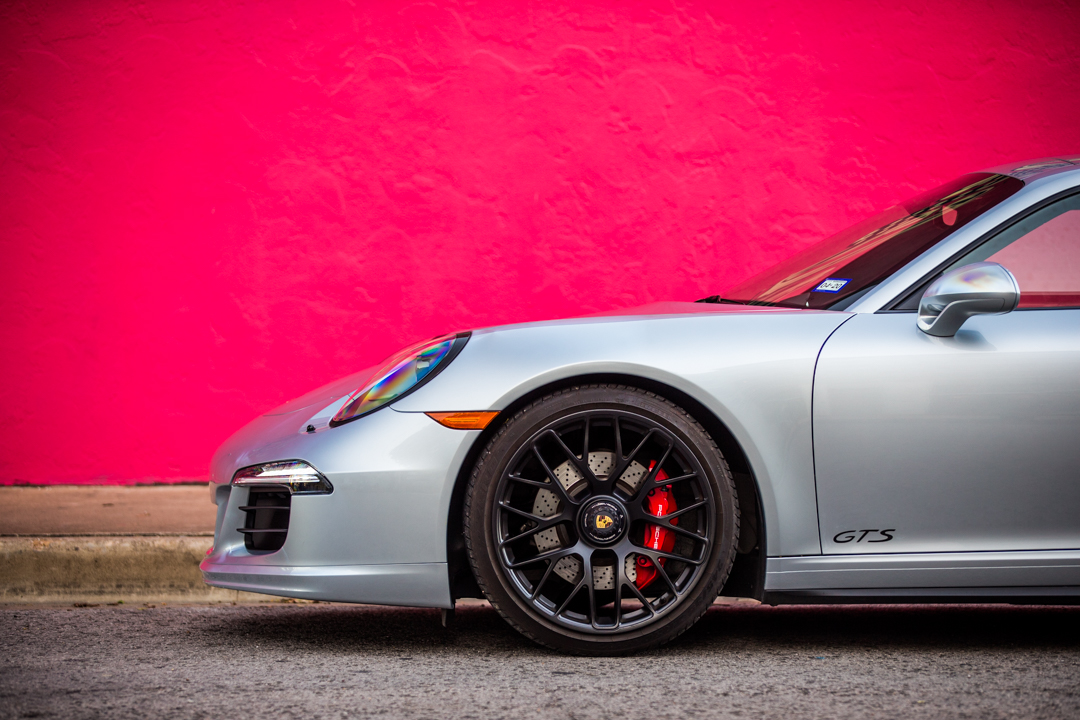 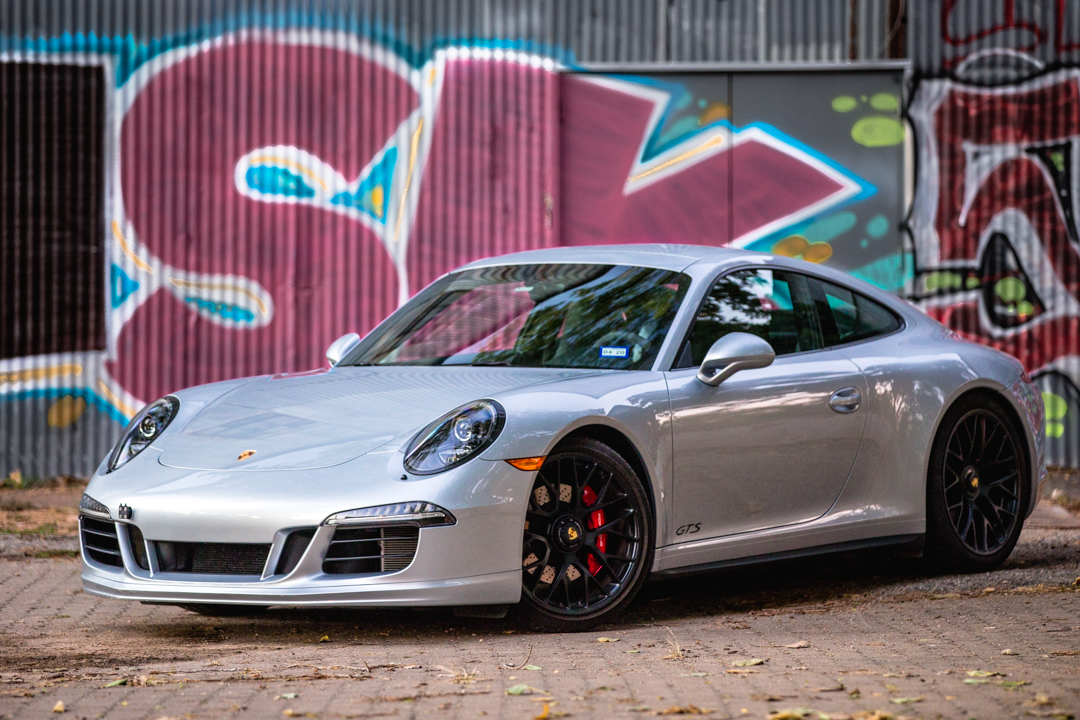 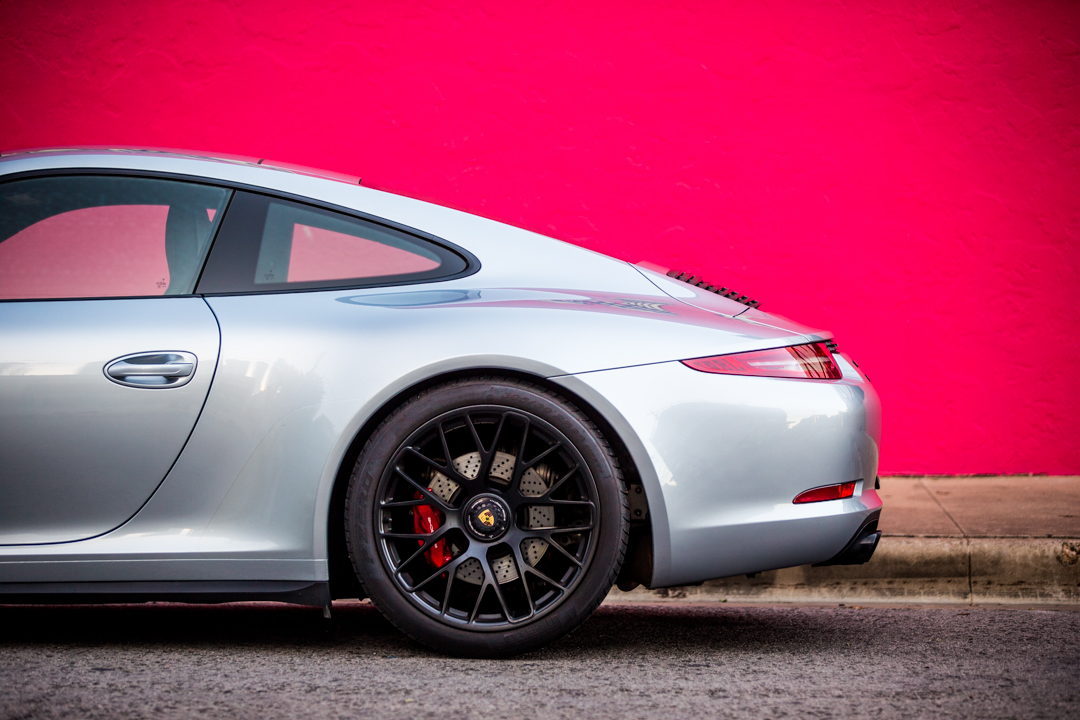 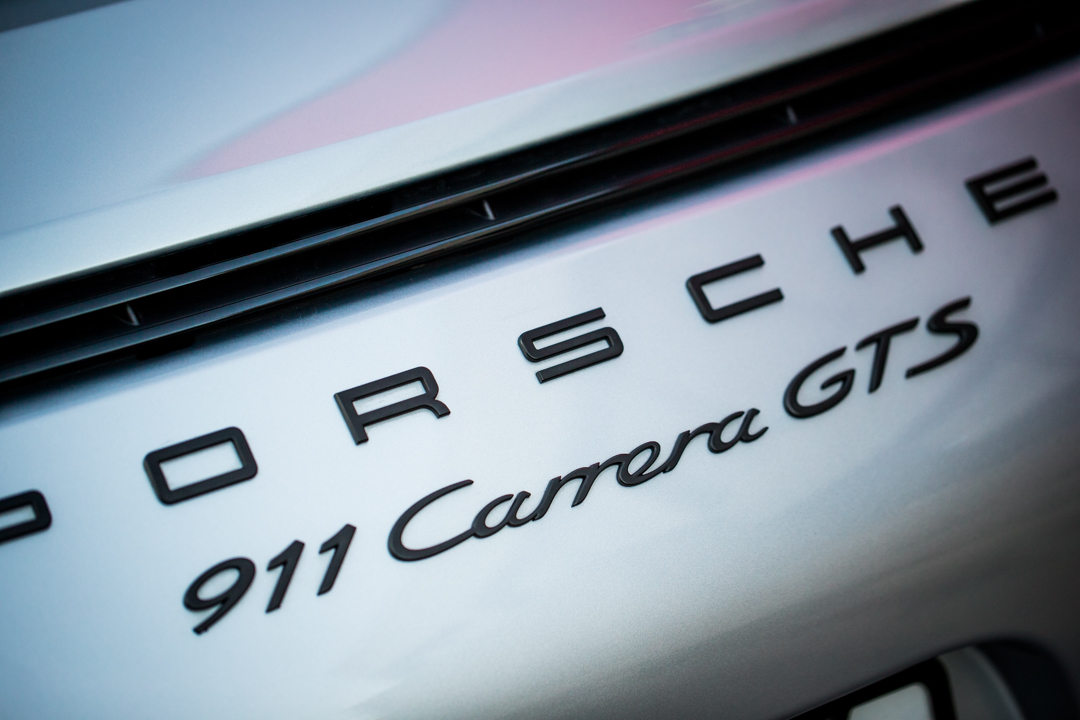 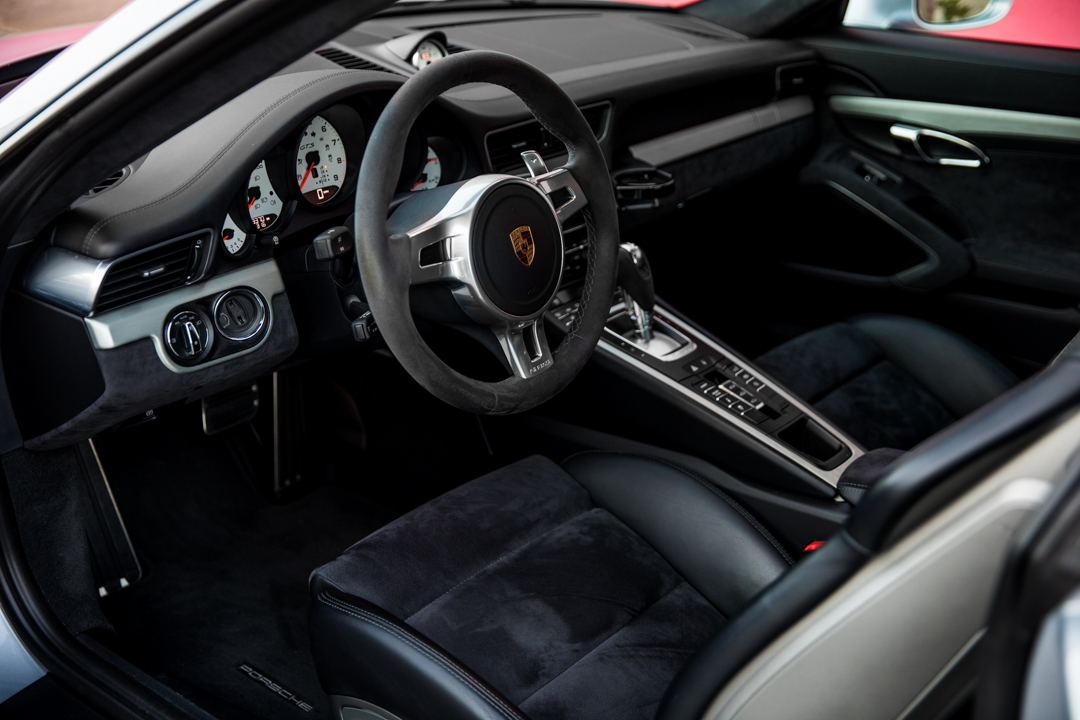 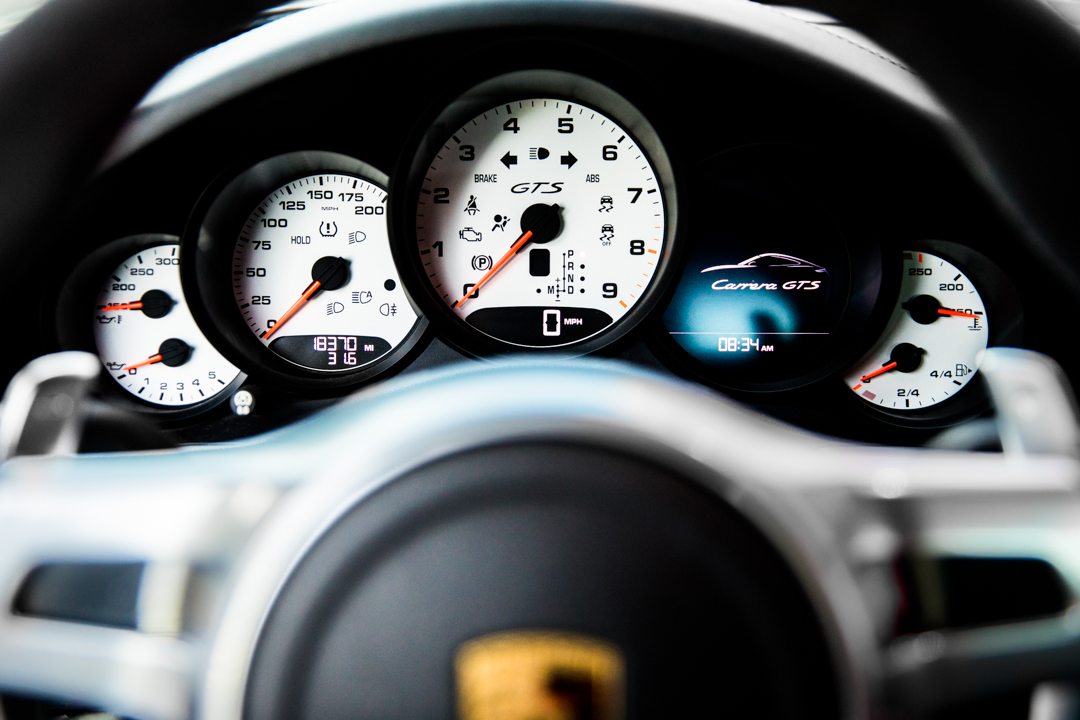 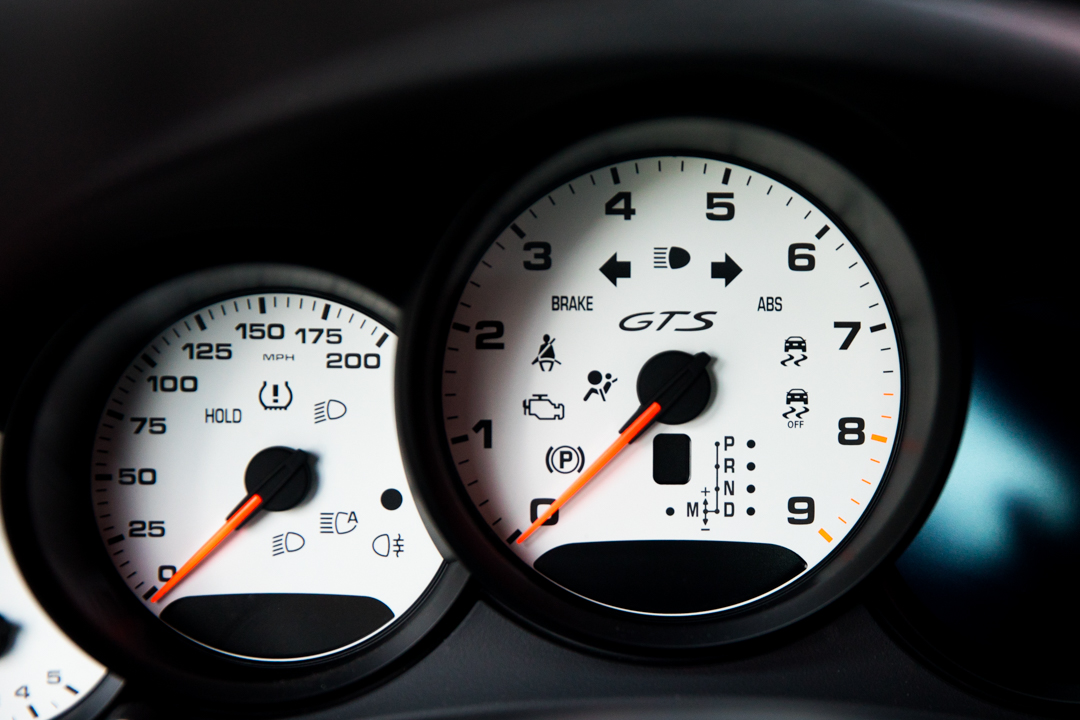 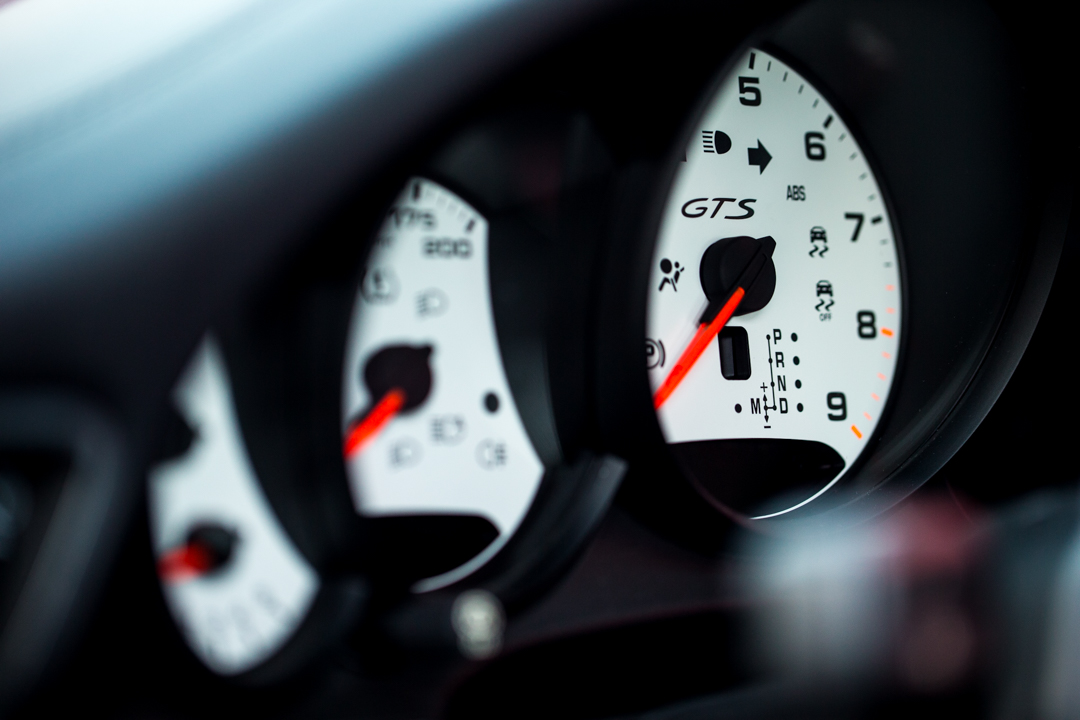 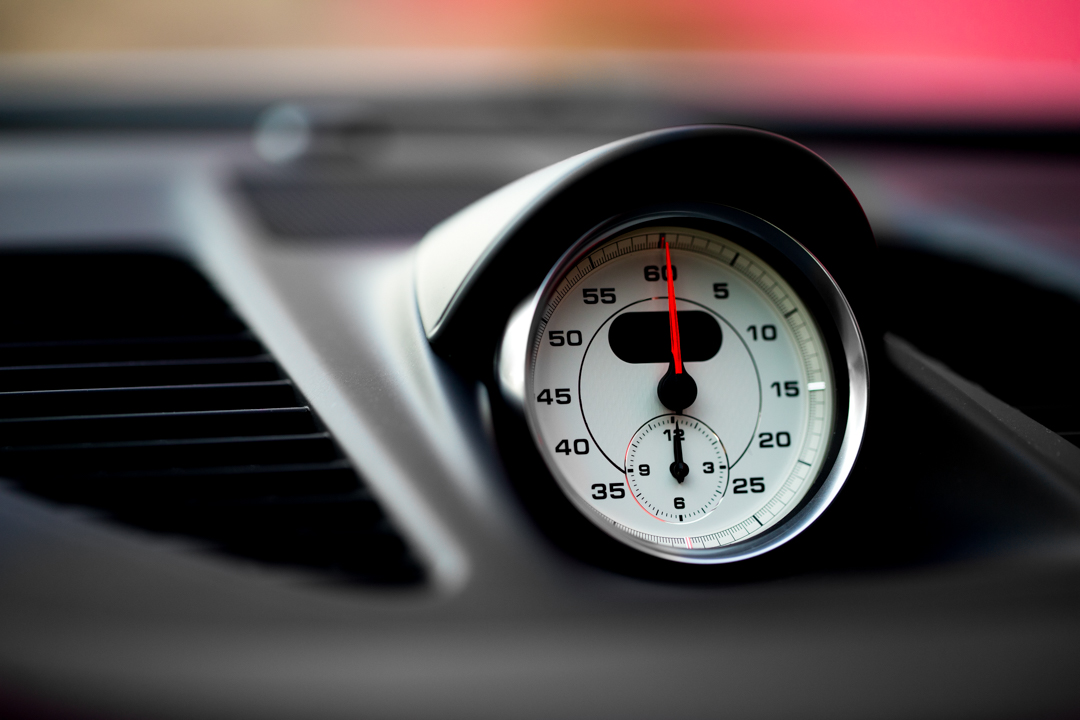 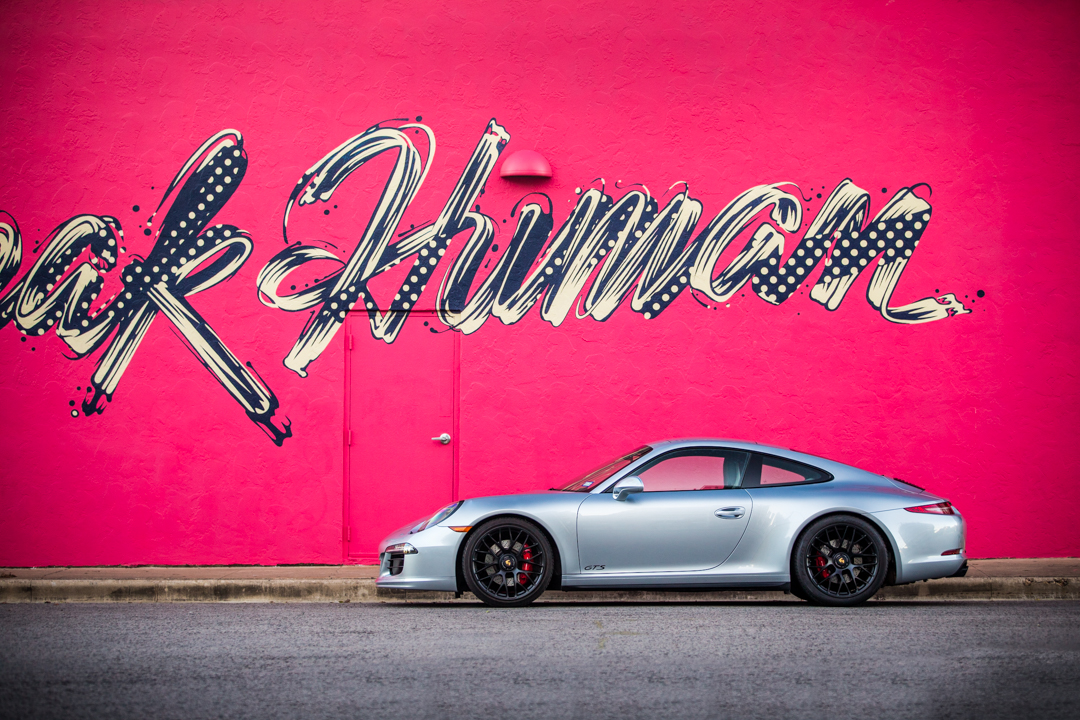 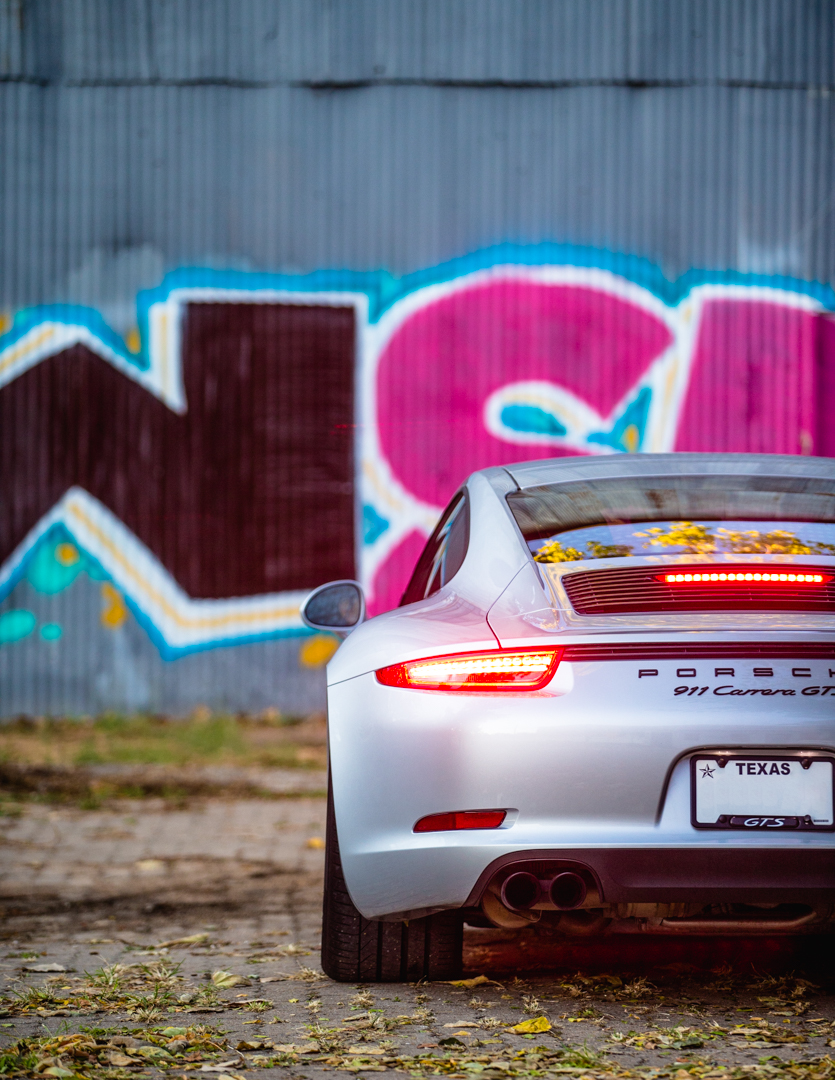 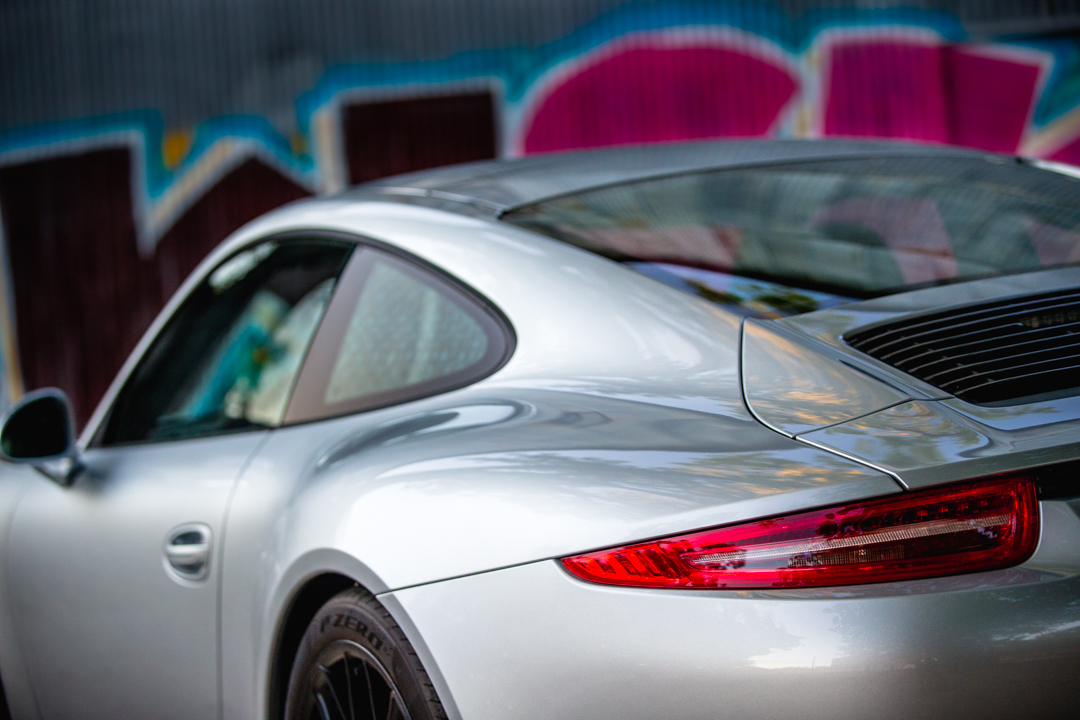 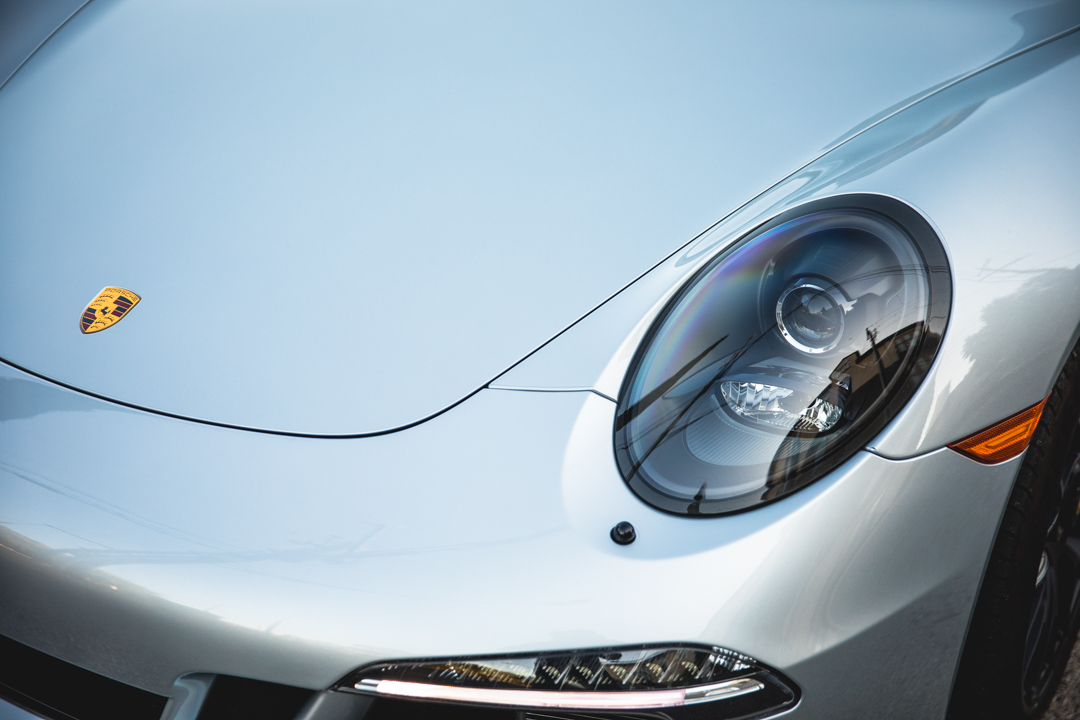 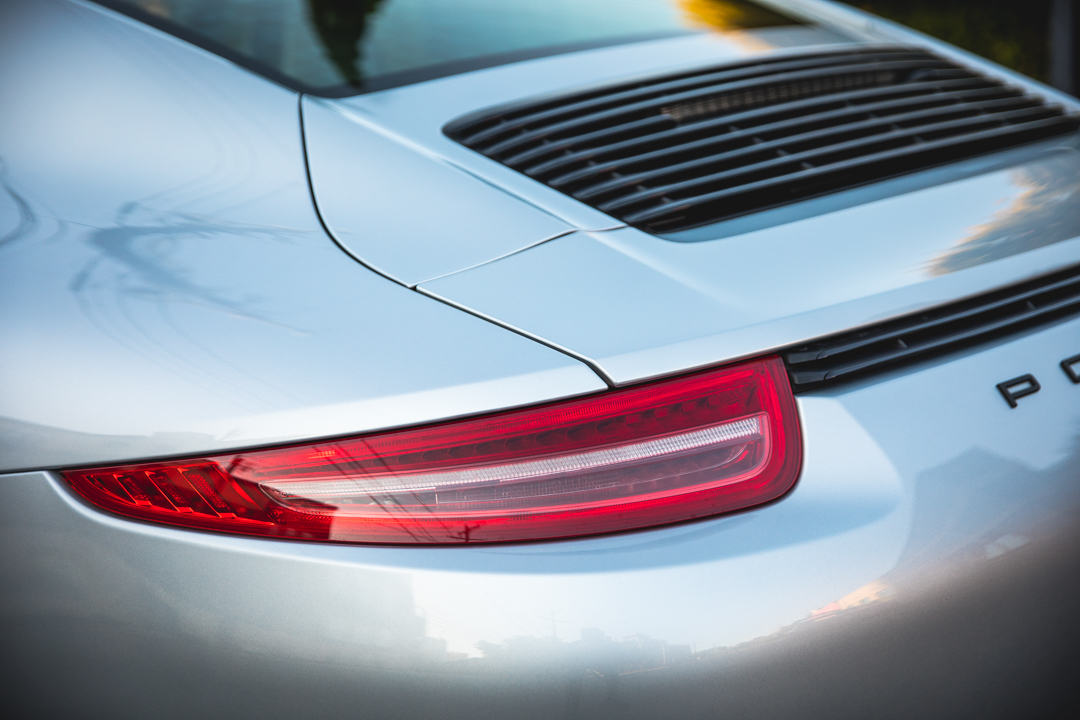 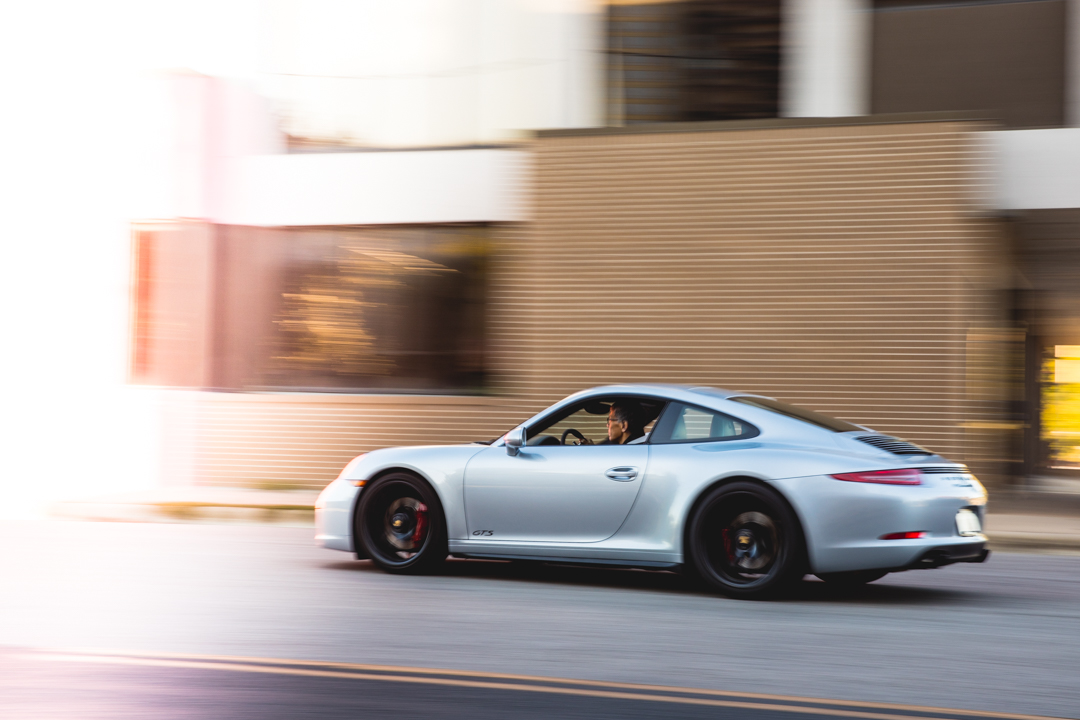 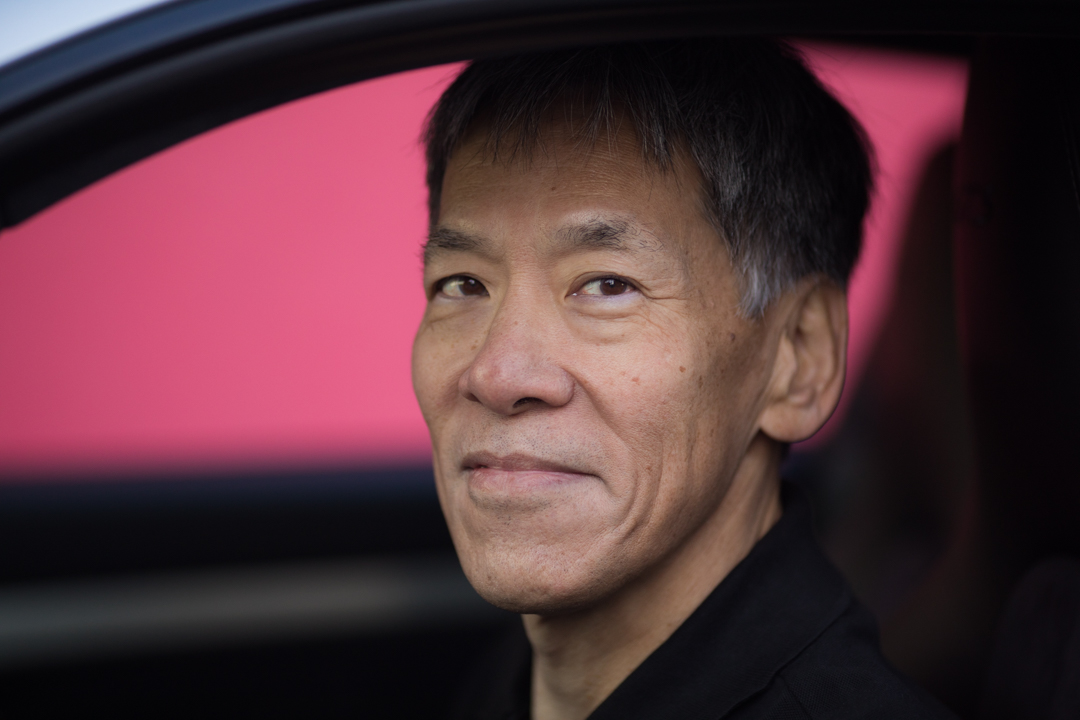 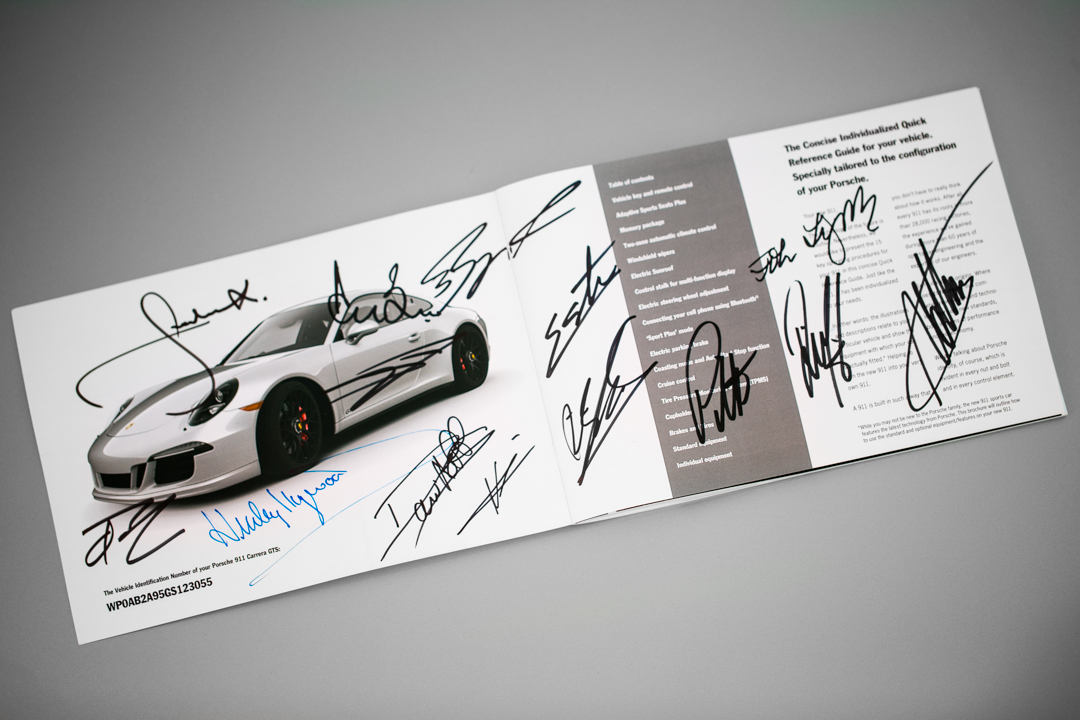 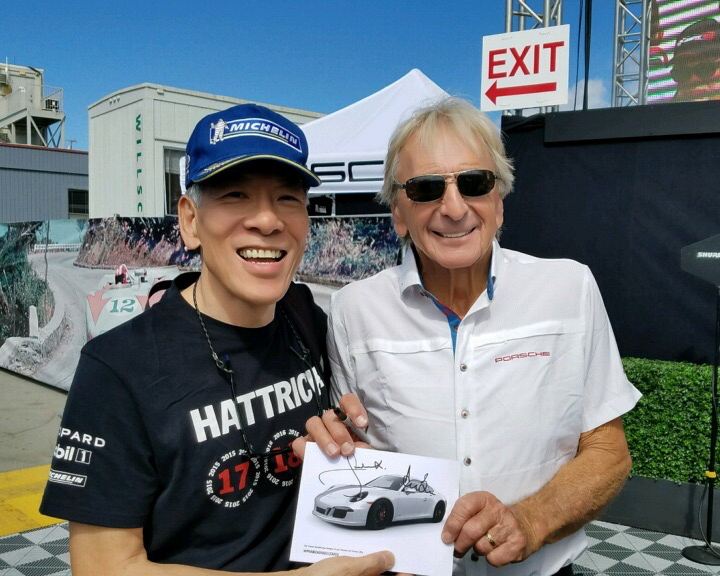