From classic to modern, Austin Interiors can repair interiors for virtually any vehicle. A.I. is ready to transform a stock or custom auto with a fresh new partial or full interior. Our skilled craftsmen have over 30 years of combined experience. We’ll work to define the design, budget, and timeline for the interior upholstery project. No project is too small or too large. 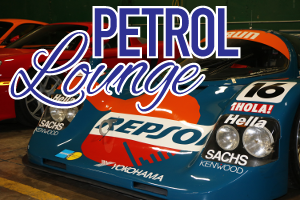 Our primary service, we provide a private, climate controlled space for your automobile until you’re ready to use it. We will keep the battery charged, the tires pressurized, and we’ll start it once a week to keep things in good working order.

We specialize in making your automotive collection easy to live with. Your car is readily available to you when you need it and taken care of when you don’t. Never again will you have to worry about your car not cooperating on the perfect weather day. All you have to do is get in your car and drive. For an additional fee, we’ll even deliver the car to you and pick it up when you’re done.

We know that prospective customers are extremely well educated when researching their next vehicle. Porsche Austin has made it easy to get all the available vehicle information so you can spend less time researching and more time enjoying your purchase. Check out our new specials and used specials for additional savings on your next vehicle.

Whether it’s the intensity of competitive racing or the exhilaration of a cutting edge supercar, the essence of our mission here at Winding Road is to bring you experiential encounters of driving great cars on great roads.

We are genuine enthusiasts and competitors who are passionate about the art of driving. Since 2005, we’ve been translating that passion into the knowledgeable insight you’ll find within the pages of our digital magazine and WindingRoad.com. From our motorsport chronicles, gear guides and tech tips, to our real-world car reviews and coverage of all things compelling in the automotive world, it’s that enthusiasm which separates Winding Road from the rest of the pack.

ProReflection is a mobile detailing company that provides the Austin area with professional and quality service.  The objective of ProReflection is to provide great paint correction and long-lasting results.

The professional racing and high performance driving coaches of RaceCoach.net create drivers. Drivers who are fast regardless of the car, the conditions, or the track. If you are interested in becoming a better race driver, contact us. We are ready to take you to the next level.

Over 25 years in business servicing European and Exotic Automobiles. We are the trusted service provider to the majority of Ferrari road car owners in Central Texas.

Established in 1993, Sideline Sports Photography, LLC, has offices in Chicago, Atlanta, Orlando, Austin, Texas, Portland, Oregon and Amsterdam, The Netherlands. We are an editorial, advertising, spec and stock photo agency, specializing in motorsport and soccer imagery.

Sideline’s staff photographers, located coast to coast and in Europe, have over 71 combined years of professional photography experience, having covered fourteen World Cups, six Olympic Games, over 700 international soccer matches and over 1,000 professional auto races* in series such as Formula One, IRL, ALMS, DTM, IMSA (WeatherTech and Continental series), SuperCup and others. 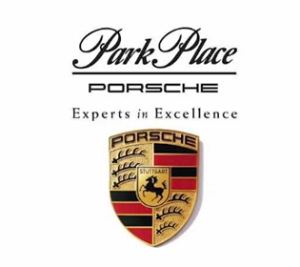 Park Place Porsche located conveniently in the Dallas & Fort Worth metro offers a high class experience with some of the world’s most luxurious vehicles; the Porsche lineup. Offering a variety of new, pre-owned, and Certified Pre-Owned vehicles, we take our expertise in the automotive space, pair it with world class service, and provide you with an experience as memorable as your first time driving one of these amazing performance vehicles. From the Porsche 911, to the Macan SUV, or even a track ready, street legal GT3 R, Park Place has what you are looking for.

Located in Southwest Austin, Torqqe Performance provides service, repair, and performance modifications for passionate Porsche owners. Our Porsche Practice Leader, Gabe Watson, brings over 20 years of factory trained Porsche expiration. He is supported and surrounded by the best technology in the industry including a DynoJet 224LC and a Beissbarth Touchless Alignment system.